Some of you might be disheartened by that reveal. About the same amount of you may be bolstered by the fact. Regardless of where you fall amongst these two sides, truth remains the same. Any notion of control over anything else in this world is pure illusion.

Now that I have your attention let’s explore the concept of what constitutes a thought versus a belief. Thoughts are ideas, usually without a clear sense of decision. Beliefs, on the other hand, are choices. If you believe something, then you’ve decided the thought to be true. Once you believe something you rarely question the legitimacy of the thought ever again.

However, I’m here to ask you to rescind that blanket carte blanche for at least some of your beliefs, specifically those that limit your possibilities to realize your dreams. It’s time to put your limiting beliefs to the test. It’s time to question ANY assumptions that keep you from living your best life.

Sounds simple right? It is…but don’t mistake simplicity for lack of challenge. It requires conscious choice to dig deep into your beliefs with Kindness as your guide rather than preconceived judgment. The first step is asking yourself one powerful question: Is this belief ever not true? And, by “ever” I mean ever…as in is there even one case out of a million where this belief isn’t true? If “yes” then it’s not actually “true.” Truth is truth. There isn’t any inconsistency.

Once you prove a belief isn’t 100% true it becomes open for conscious thought once again. Now, the key here is to look at the belief with compassion and Kindness. Beliefs, even limiting ones, serve a purpose. More than likely your perceived limitations “thought” or “believed” they were protecting you from something. Only by expressing gratitude to the intention of the belief are you able to let it go without resistance.

Skipping the gratitude piece leaves you open to shame sneaking-in when you least expect it. Once shame takes over, compassion and kindness usually become the “elephants in the room.” You know they are present and yet it seems easier to ignore them rather than invite them into the conversation.

Don’t take my word for it though…try it out yourself. Start with “small” beliefs to test-out releasing your limitations from a mindset of kindness rather than shame. Remember, surrendering a belief that isn’t serving you isn’t loosing anything other than your story of not being enough. Embrace your whole self (limiting beliefs and all) in order to make space for your dream life to become your reality.

Does this sound like your story up until now? Join me for a free call to explore the possibilities of letting go of at least one limiting belief that keeps showing-up uninvited so you can RSVP “yes” to living your best life possible, now.

Click below to schedule your FREE 30-Minutes Intro Life Coaching Call so you can let go of limiting beliefs for good! 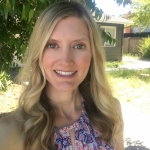 Why It’s All About That Bass: 3 Steps To Crank-Up The Volume Of Your Inner Voice

The #1 Question Worth Answering That You’re Probably Not Asking

When Things Are “Working,” Don’t Do This

SPIRITUAL LIFE COACHING As a Certified Spiritual Life Coach, my heart centered women, moms, coaches, healers and passionpreneur clients come from all walks of life and range from successful entrepreneurs to college students. For Executive Coaching clients, we focus on the areas of engagement and communications to develop and practice strategies that reflect consistent Authentic …